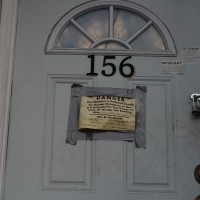 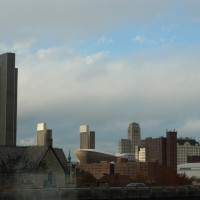 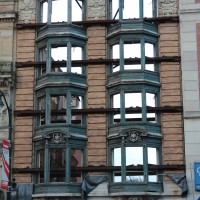 We’re in Albany right now, some 150 miles up the Hudson River from New York City. We couchsurfed and stayed with Patrick and Torben. They were telling us a little about the city, which won the All-America City Award in 2009.

Albany is the capital of the state of New York. We didn’t know this until we started preparing for our journey. And according to Patrick, many Americans don’t know this either. He said that it’s the same with many state capitals. Apart form the government buildings, they’re inconspicuous or even run down – like many parts of Albany.

Patrick works for the state government, but right now he’s taking time of to support the Democratic campaign. He’s not involved with the presidential race, but with the local and regional elections that will also take place on November 6: from school board elections to county and state assembly elections.

Patrick said that voters in Albany will have to cast 12 ballots. “People usually don’t know who they’re voting for. They just stick to their party lines or they go for a name they like.” He said that people would remember a lawn sign they read in the morning and then just go for that candidate when’re in the voting booth.