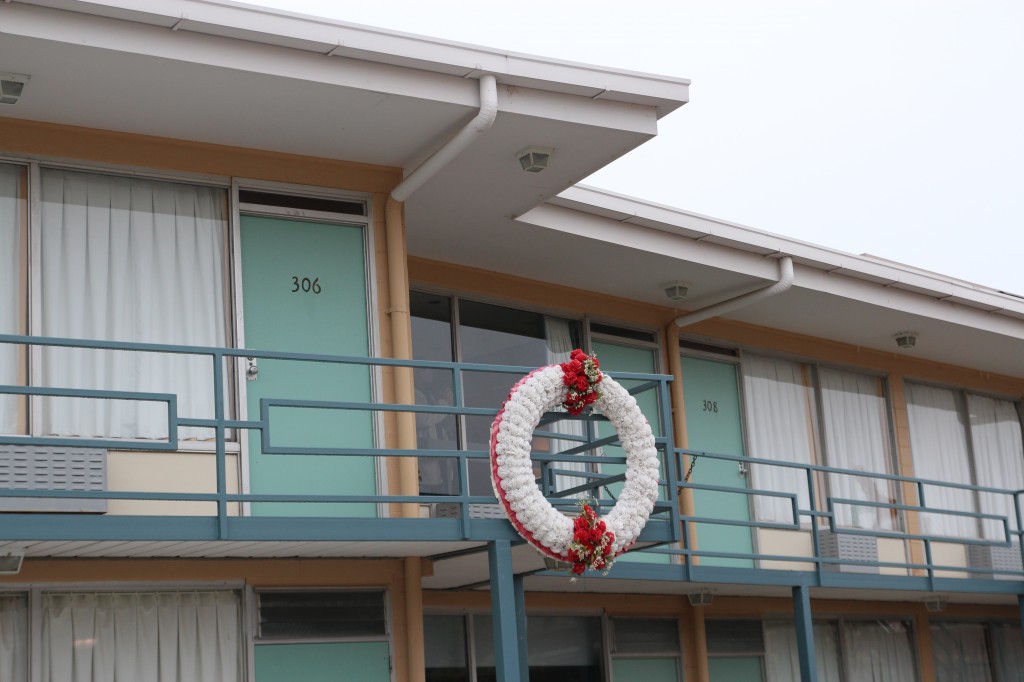 Martin Luther King was shot on the balcony of the Lorraine Motel in Memphis which is now the National Civil Rights Museum.

“Slavery recedes, but the prejudice to which it has given birth is immovable.” Those were the words of Alexis de Tocqueville in 1835 and unfortunately his prophecy proved to be right for many decades to come. Some prejudices and cases of discrimination still persist today. But throughout the last century the position of Afro-Americans in American society has changed considerably, as our visit to the National Civil Rights Museum in Memphis this morning reminded us.

The museum’s mission is to show “key episodes of the American civil rights movement and the legacy of this movement to inspire participation in civil and human rights efforts globally.” And it was indeed inspiring. The well-organised exhibition at the museum illustrates how long and difficult it has been to come to the point where we are today, how much pain it has cost, how many lives have been sacrificed, and how much humiliation and oppression it has taken.

Some of the events shown in the exhibition were familiar to me: Mrs. Rosa Parks refusing to give up her seat for a withe man; the March on Washington (1963) in which approximately 250,000 people took part; Malcolm X and the later movement of the Black Panthers.

Other events that I hadn’t heard as much about left an equally strong impression on me. One example is the Brown v. Board of Education case (1954-1955) that ended with the decision to stop legalized segregation in schools under “separate but equal” to provide equal education for everyone. The events at Little Rock Central High (1957), where President Eisenhower had to sent federal troops to Arkansas to force the integration of nine black students, shook us up as well. Especially the pictures of some white students harassing the black students will stay in our minds.

Ziara Smith, lead tour guide at the National Civil Rights Museum in Memphis (TN), talks about the museum's mission, what the struggle for civil rights means today, and how Obama has changed the situation of African Americans in the United States.

The museum follows the history of the Civil Rights Movement mostly in a clear chronological order and, at the end of the exhibition, culminates in the assassination of Dr Martin Luther King Jr. I have to admit that I wasn’t prepared to see the exact spot where he died, looking at the same buildings from the same perspective he was looking at the moment he was shot. This is a very emotional moment for most visitors. It gives a feeling of complete sadness and helplessness; the feeling that comes up while reading a sad book over and over again, hoping every time that the end will somehow be altered.

What we take for granted today, took us a lot of sacrifices. One can not be reminded too often. The fact that a black president was elected four year ago is something that our grandparents would have found inconceivable. It is amazing to see how far we have come and how inspiring those stories can be for our generation and the generations yet to come. It is important to fight for one’s own rights and to support others in their struggle.

Although this conclusion to today’s visit to the Civil Rights Museum may seem very banal, I don’t think it necessarily is. Being a bit more idealistic for a day can’t do any harm.